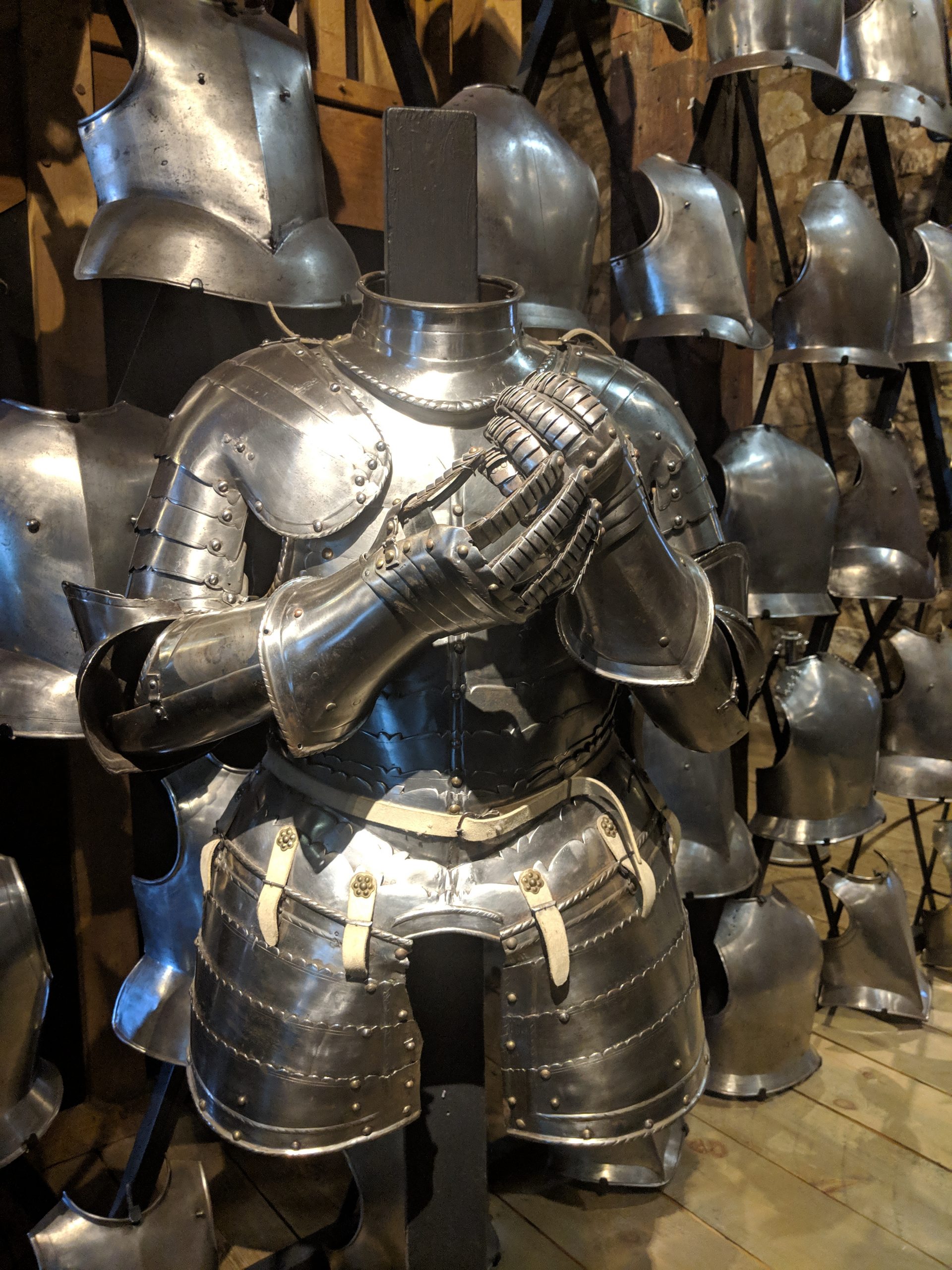 This morning while sipping coffee and waiting on a work meeting, I got to thinking about what goes into the armor we choose to use.

There are three main factors in choosing armor. I list them here in descending order of importance but the first two are usually reversed for practical influence – you wear the best you can get your grubby hands on.

If you’re new to this STOP and read this. DO NOT BUY ANYTHING till you’ve been training and talking to other fighters in whatever style you are doing. You don’t need to make any choices yet. Armor is expensive and your safety is of paramount importance. (See #1 and #1 above). But don’t take my word for it without verifying. Here is another great resource. Now is the time to start your research. That begins with asking questions of the people you train with.

More experienced fighters might be looking at upgrading their style. Maybe this is how you want to look….

After you’ve been a part of your community for a while, you’ll have a better grasp of which armorers would be capable of what you want and what your budget is. You’ll hopefully learn to save every penny if you want something like this, but many see armor as both safety gear and also as an investment. Armor has a relatively high ability to retain value over time when compared to other sports gear. It’s worth taking your time and giving thought to what you want.

Armor that works well, that you have, and that looks good – This is very satisfying. Well, it is for me at least.