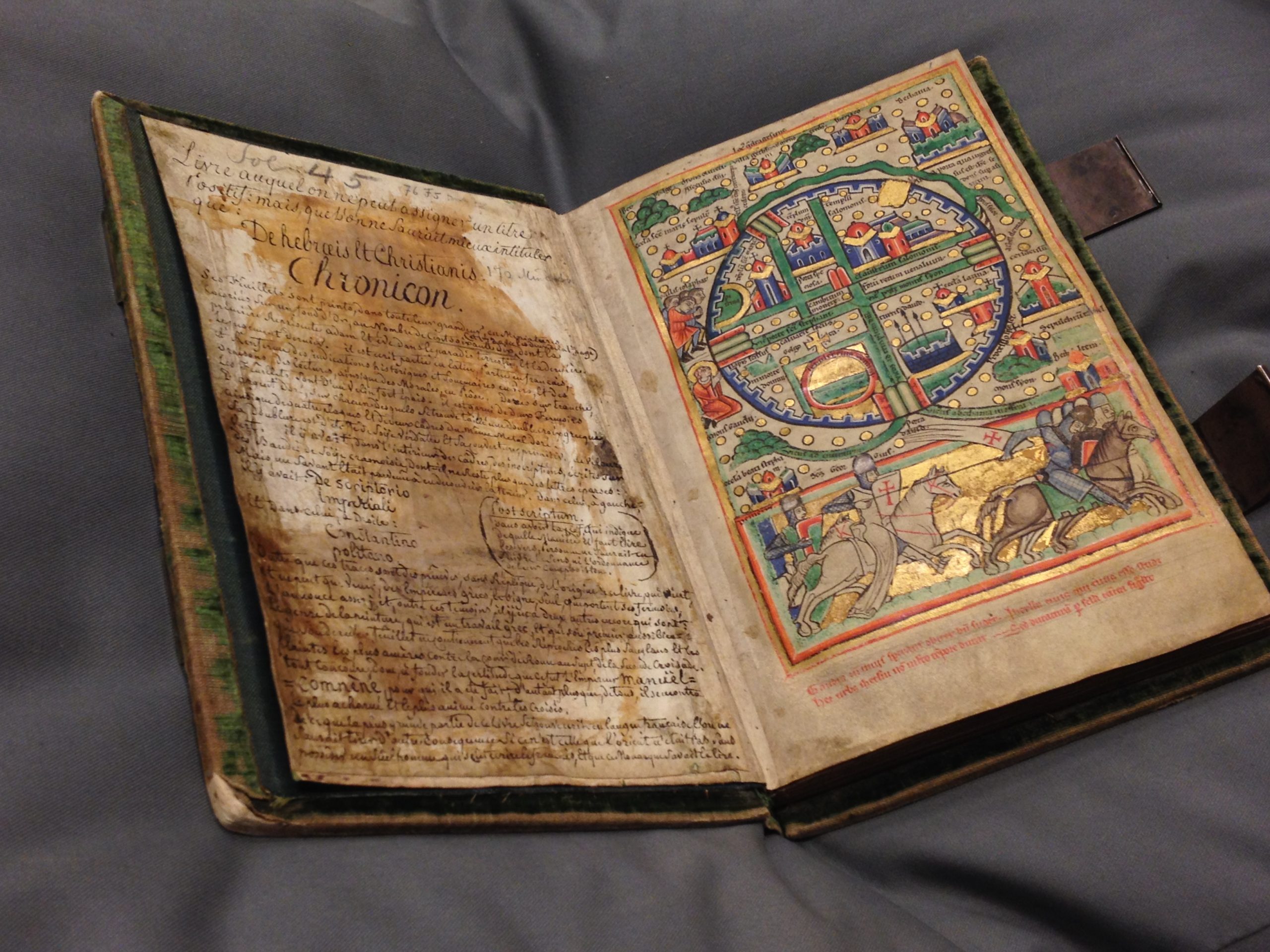 I’ll probably go through this and clean it up some day, but this is a quick run down of terms you might hear and not know about.

Buhurt/Bohurt – A style of fighting on foot using armor and steel weapons, full contact, full force, no thrusting. Often used within the steel fighting community to more specifically refer to mass battles rather than one on one. The word is a corruption of the French béhourd, spelled in older texts as behort, behourt, behourd, beort, baort, bohort, bohurt, bouhort, bouhourd.  Originally it referred to a mounted melee.

HEMA – Historical European Martial Arts. This is a catch all term for historical martial arts specifically based on contemporary texts and strictly adhering to those techniques.

HEMAA – HEMA Alliance. The organization that is one governing authority on HEMA practices. https://www.hemaalliance.com/

Dekoven Concord – A rules set used in Harnisfechten. It includes rules for thrusting and more strict armor requirements as well as historical authenticity than other combat forms listed here. This is the latest version I could find: https://chivalricfighting.files.wordpress.com/2019/07/dekoven-concord-revision-2.pdf

Historical Re-creation – A term used by the SCA (see below) to refer to recreation of historical items and actions. “Recreating the good parts of the middle ages”. While less academic than reenactrment, this still encourages historical authenticity as much as is reasonable, feasible, and fun.

Reenactor/Reenactment – A reenactment of an actual historical event and the people who do them. The kits are usually extremely authentic and the fighting is as safe as they can manage.

Living History – Similar to reenacting, but without the actual event to recreate. More than just fighting, this includes camping, living situations, etc. This sometimes includes training displays attempting to simulate historical training techniques. This is often more academic than reenactment.

Experimental Archeology – Living History with an eye towards experimental techniques to learn about live in the past. This often has a more academic feel than living history.

Rattan – Named after the material the weapons are made from, this is a style of fighting on foot pioneered and primarily done in the SCA.  Fighters swing relatively hard shots and it is up to the recipient to acknowledge the blows as good. Often referred to as SCA fighting, armored combat (within the SCA), and Heavy List.

IMCF – The International Medieval Combat Federation, the second oldest international governing body for bohurt style fighting. They publish a rules set used by many national and local groups and hold an annual world championship at a location usually at a castle in Europe. https://www.medieval-combat.net/

AMCF – American Medieval Combat Federation – The organization in the USA that represents the IMCF.  https://www.amcfederation.com/

BOTN – Battle Of The Nations. This is an annual tournament, the oldest in modern bohurt. It uses HMB rules and takes place at a castle somewhere in Europe. This was the first in the major bohurt tournaments in the 21st century and remains the largest and most violent. https://botn.info/

HMB – Historical Medieval Battles. This is the descriptor for the bohurt rules set used by many national and local groups. It was the original of the modern bohurt styles.

HMBIA – The HMB International Association.  This is the organization that regulates HMB events.  https://hmbia.info/

Authenticity Committee – The committee inside the HMBIA that issues regulations for historical authenticity for HMB participation.

ACL – The Armored Combat League.  This was the main representative of the IMCF in the USA until its dissolution, after which the AMCF represented the USA. They originated as a split from the HMB USA and did a lot to grow the sport in the USA. Many people have heard of the ACL and still use the outdated term as a catch all for armored steel combat sports in the USA. This organisation does not exist any more. ACW and ACS have replaced it.

ACW – Armored Combat Worldwide. The spinoff of ACL headed by Andre Sinou. They tend to focus on events where fighters can get paid and new fighters are often encouraged to purchase their armor from Andre’s company, Ice Falcon Armory. https://www.acwknights.com/

ACS – Armored Combat Sports. The spinoff of the ACL headed by Jaye Brooks Sr. They tend to focus on making armored steel combat more of a modern sport.  They focus on fairness and sportsmanship. http://armoredcombatsports.com/

EMP – Empire of Medieval Pursuits. An alternative to the SCA.  Some say it was done to escape the internal drama and politics of the SCA. http://empiremp.org/

SCA – Society of Creative Anachronism. Arguably the oldest extent recreation group, the SCA began in 1966 and is now an international non-profit educational organization.  It is known for armored fighting with rattan staves, but they also offer a lot more including rapier, armored steel duels, a plethora of arts and crafts, and their own internal structure loosely based on medieval nobility.  Their college of heralds is well developed and more closely regulated than many. The SCA is often called a LARP and could be considered as such, but is very different from most medieval fantasy LARPs. https://sca.org

LARP – Live Action Role Play. This is a catch-all term for many groups and games where participants play a role and act it out usually in real time. Occasionally maligned as fantasy, complex drama, and often the lightest form of sword fighting as they usually use light, padded swords and hit with minimal impact. For those just beginning, a local LARP is a great way to build field awareness and have fun. With the right mentor(s) it can also teach the basics of fighting with real swords.  A lot of hard core sword fighters also play in LARPs because they are fun and can serve as extra training with less impact on the body while building cardio fitness.

Soft Kit – 1. (common in the USA) Padded armor and weapons for practice fighting. “Boffer” combat. Many steel fighters practice with padded armor and foam padded weapons to build field awareness, communication, teamwork, and cardio while having a lot of fun. These practices can also be an excellent recruiting mechanism as there is a low barrier to entry. 2. (common in Europe) The cloth garments that go with the armor including arming cloths and historical clothing and accessories one might wear at a reenactment when not fighting in armor.

The Knights Hall – A training facility in Nashua, NH run by Jaye Brooks Sr.  It is the only full time training facility fully dedicated to bohurt in the USA (maybe the world). It is associated with ACS. https://theknightshall.com/

Ironhide Academy – A training facility in Leesburg, VA that trains armored combat as well as other martial arts. https://www.ironhideacademy.com/

Duels – A style of one on one armored combat where hits are counted and grappling is discouraged or forbidden.

Knight Fights – A style of one on one armored combat where the winner is determined by dominance and grappling is allowed. Fighting ends when one fighter goes down.

Pro Fights – A style of one on one armored combat where the winner is determined by dominance and grappling is allowed. Fighting ends 10 seconds after one fighter goes down, in which time the fighters attempt to assert dominance over the other.

Melee – A group fight.  In bohurt the winning team is the one where the last fighters are standing. Fighters are out when they are no longer standing on their feet – when something other than the soles of the feet supports the fighter.

Pennsic – An annual “war” event run by the SCA. It runs two weeks in the summer in western Pennsylvania. This is the largest medieval event in the USA and often has the largest mass battles in the USA. http://www.pennsicwar.org/

Armistice – With Pennsic not happening in 2021, Armistice is an independent event at the location where Pennsic usually happens.  It is a one time event in the summer of 2021 with the dual purpose of having an event anyway and of making sure the campground that hosts Pennsic does not go out of business. https://www.cooperslake.com/clchome/eventdetails.php?clceventid=3a1d242a-9dfb-11eb-88ad-10ae3c21f154

Renaissance Faire – A type of historically themed fair popular in the USA that blends a county fair with a historical market fair. These often include themes, actors, shows, vendors, etc. It is becoming more common for these fairs to invite armored steel fighters to do demonstrations or tournaments at these fairs.

Valhalla, VBB – Valhalla Battle and Beer Fest. A new event hosted by The Knights Hall featuring many kinds of armored tournaments as well as multiple opportunities to socialize and enjoy the weekend. The first one was 25-29 August, 2021 and this is expected to be an annual event, with VBB 2022 already planned. https://theknightshall.com/events/valhalla-battle-beer-fest/