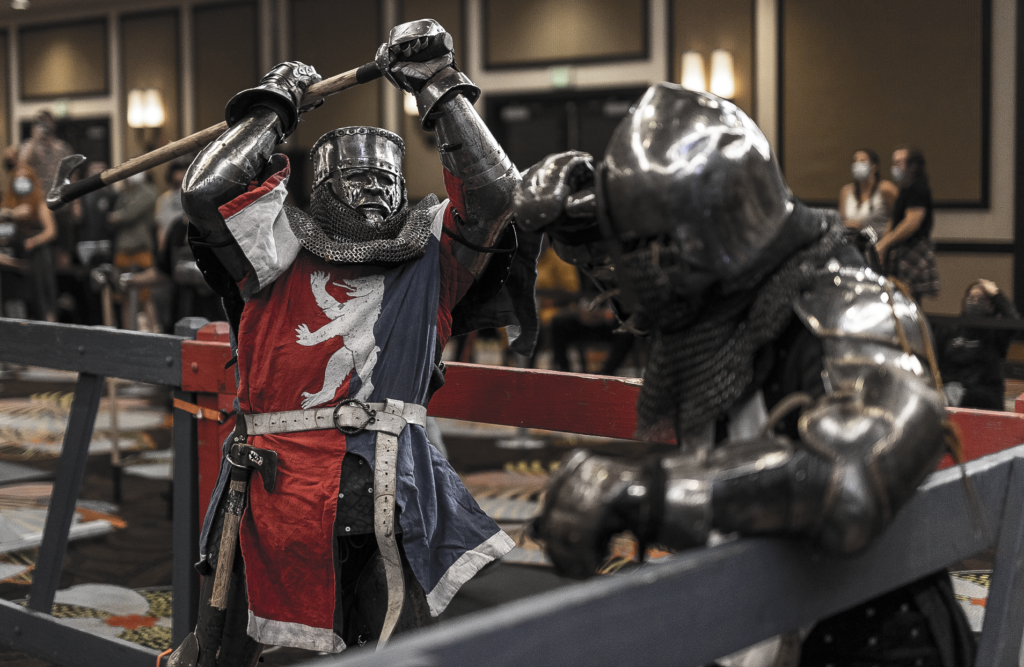 Do you want to see some great fighting? Me, too! This weekend, I’ll be at the Armored Combat Sports North American Championships in Reno, Nevada. In fact, I’m writing this post on the plane there!

Saturday and Sunday some of the best armored fighters in North America battle it out to see who will take home the titles.

The event takes place at the Reno-Sparks Convention Center and is one part of a larger event going on there – the Legion Sports Fest. It looks to be focused mostly on body builders, but also includes things like arm wrestling, so it isn’t just bulging muscles. There will also be a number of sports related vendor booths and well…. it’s Reno. The hotel is also a casino.

But I’ll be there to fight and to support my fellow fighters. I’ll be competing in the Sword and Buckler category on Sunday morning. I’m hoping I’ll do well. It is my strongest category, but the competition is fierce! And I had to retire my favorite sword early because it was out of spec. I’ll be fighting with a much heavier sword that is only mostly balanced. And the new armor. Win or lose, I’m going to look fantastic!

I do expect the fights to be live streamed, but I don’t have the link yet. I’ll be sure to post it at least to Facebook as soon as I can. Stay tuned for more!