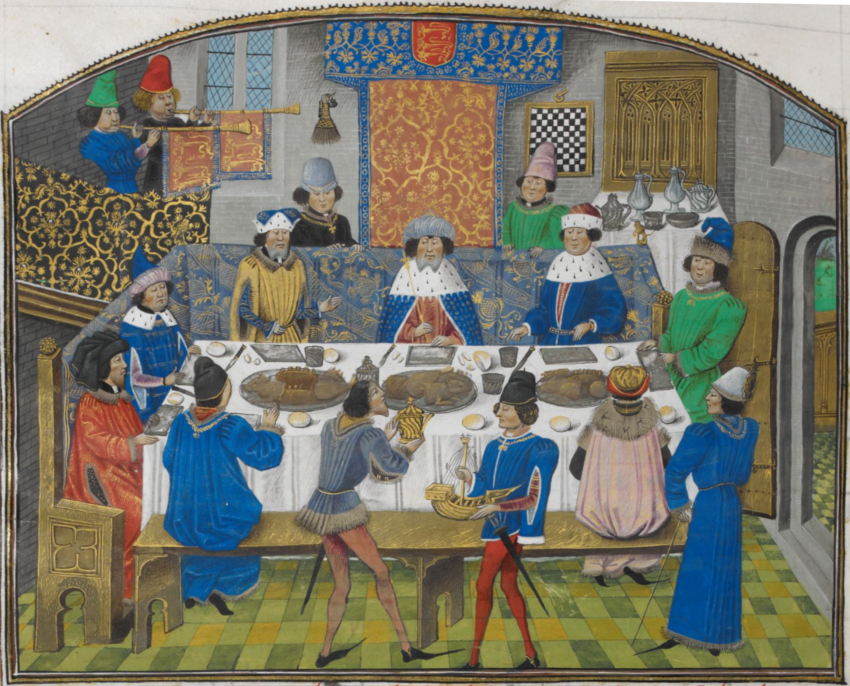 It was a time of feasting and merriment!

Today, we see shops putting out Christmas items as early as August and popular Christmas songs in September, but the generally accepted beginning of the holiday season at least in the USA today seems to be whenever we finish the dishes after Thanksgiving dinner. Back then, Advent was a time of fasting leading up to the 12 day feast of Christmas.

So to satisfy those who want a medieval Christmas story this early in the year, I’ll give you story that spans a full year, beginning and ending on Christmas Day. It is the story of a young knight in the court of King Arthur. This story dates from the mid-1300’s, about a hundred years before the illustration above. Here’s an illustration from about 1400:

I give unto you all, Sir Gawain and the Green Knight. Choose the version you’d like best:

Enjoy this story in the format you like best. The above links are far better than any of the Hollywood versions in the last century or so.